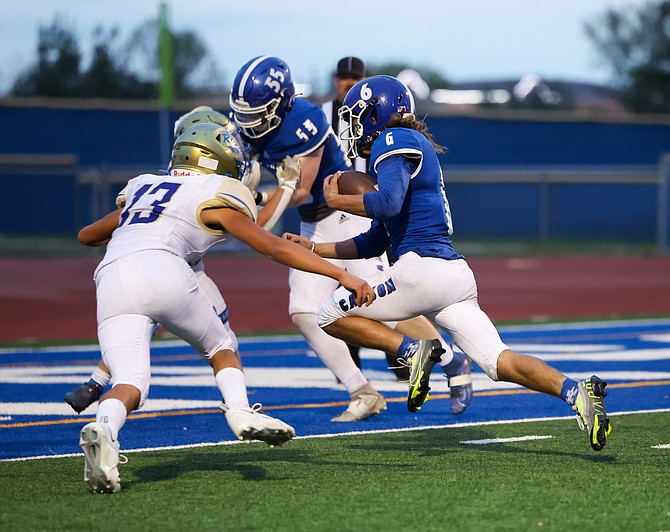 Carson High's Parker Story (6) runs in for a touchdown against Reed Monday night. Story came on as the Senators' quarterback against the Raiders and put together nearly 300 yards of total offense in his first start under center.
Photo by Jeff Mulvihill, Jr. | InstaImage.