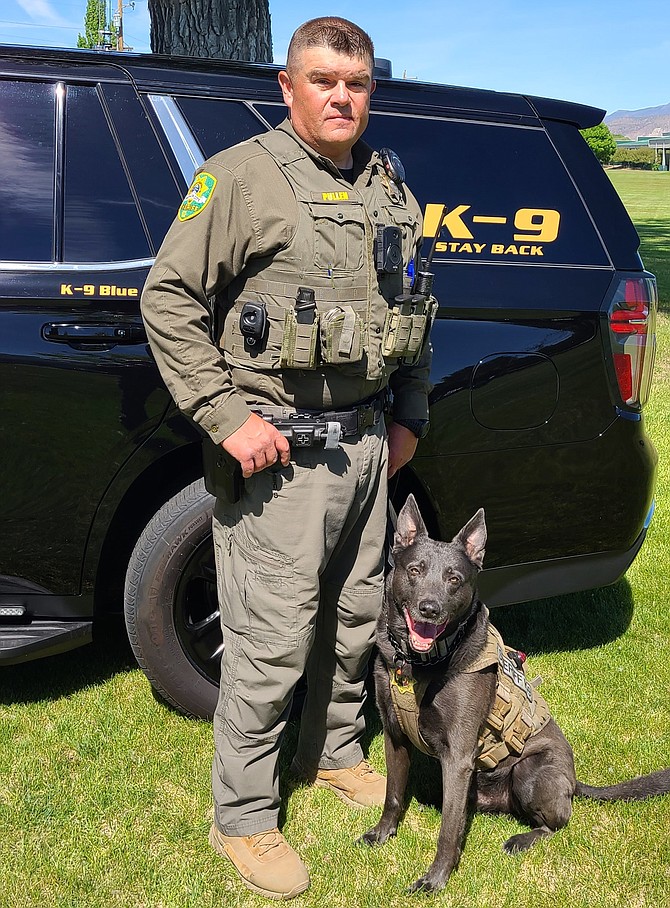 The Carson City Sheriff’s Office is hosting its first regional K-9 unit challenge and demo 11 a.m. to 4 p.m. Oct. 15 at Fuji Park. It is free and open to the public.
The event will bring together more than 20 dogs from multiple agencies, including police from neighboring counties, Nevada State Police, UNR and WNC police, and officers from the Reno-Tahoe International Airport.
“It’s a completely free event in which the various K-9 teams will compete in three major disciplines: detection, patrol work, and agility,” says a press release from the sheriff’s office. “The competition aspect is a fun way for teams to train, share methodologies between agencies, and demonstrate what K-9 teams do.”
Main events will be held in the Fuji Park Arena. There are two sets of bleachers for viewing, and there will be food trucks on site along with other vendors and a raffle.
A walk-a-thon around the arena starts at 11 a.m. Registered participants can interact with the K-9s and speak with their handlers.
Starting at noon, the three competitive K-9 events will run simultaneously in the arena area. The patrol work scenario will involve a decoy concealed in a search area, and the K-9s will be challenged to find and apprehend the decoy as efficiently as possible.
The obstacle course will include A-frames, wall jumps, and simulated car doors, among others things. The course is designed to expose K-9s to different surfaces and environments, so that they’re comfortable in real-world scenarios.
The detection event will be an open area with furniture, to simulate a room or building, and there will be illicit substances hidden throughout.
In all three events, the best times win, and rankings for first, second, and third place will be established with prizes. To close out the event, there will be a joint demonstration with the mounted unit and K-9, “showing how the animals of law enforcement can work together in a crowd to separate and apprehend a suspect.”
For information, visit https://www.carson.org/government/departments-g-z/sheriff-s-office/news-events/K-9-unit-challenge