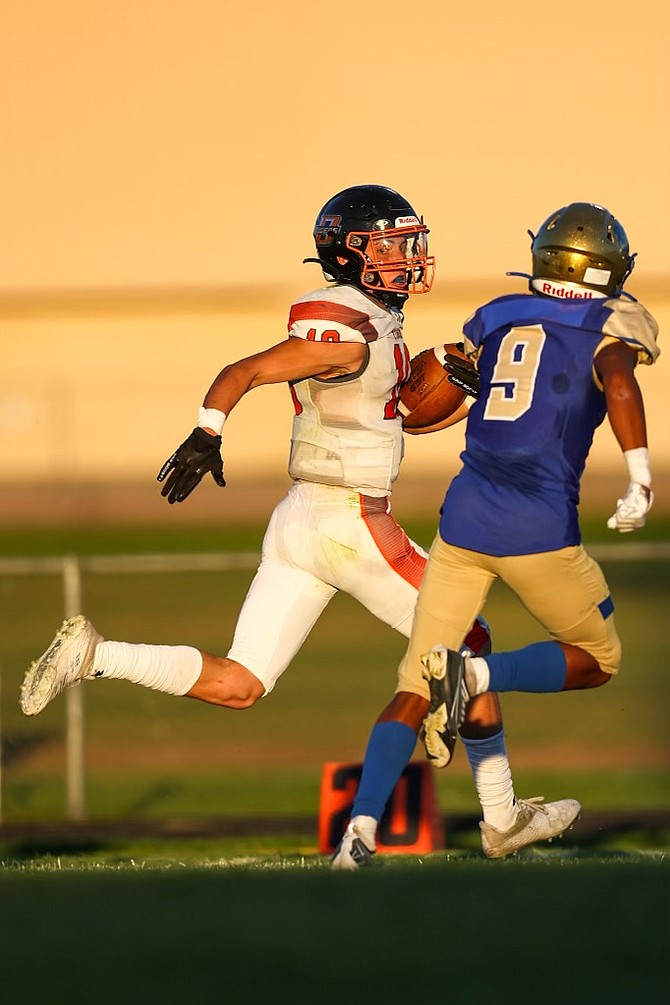 Aden Flory looks over his shoulder on a 44-yard reception against Reed last week. Flory has 173 yards receiving through six games.
Photo by Ron Harpin.