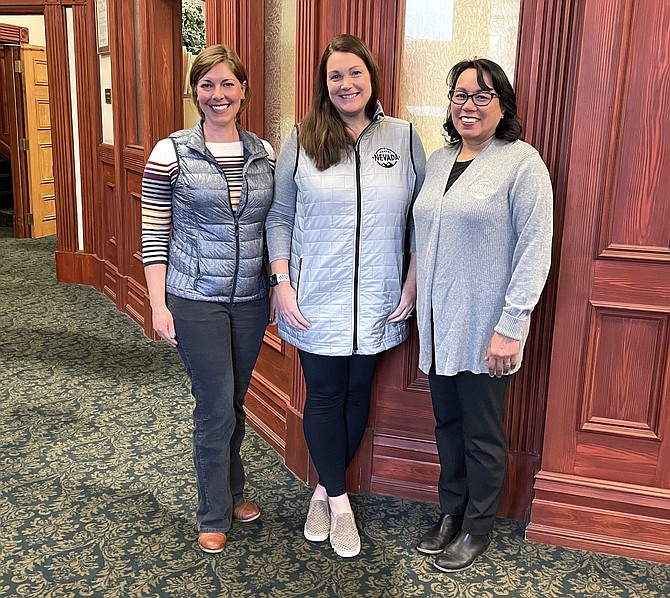 Thanks to a new state program, Carson City will be creating a long-term plan for greater tourism appeal that also includes Carson Valley and Virginia City.

“We are so well known as a state for tourism, but the bulk of tourism is in Vegas and Reno,” said Cortney Bloomer, destination development manager for Travel Nevada, the tourism agency under the Nevada Department of Tourism and Cultural Affairs. “What we’re aiming for is to boost rural communities and help people see statewide we have tremendous diversity and wealth of attractions and amenities, regardless of what your interest is.”

Each destination group will come up with a steering committee with local stakeholders. The consulting firm Better Destinations, hired by the state for $250,000, will assist each partner with a 10-year destination plan. Those locally produced plans will qualify participants for a share of $2 million in federal funding.

The $2 million comes from U.S. Economic Development Administration grant funding as included in the American Rescue Plan Act. State officials, however, hope participants go after additional funding in the future. They want the local plans to be long-term guides for economic development.

“It’s also about the management of the destination,” she said.

“By really planning it out, but also figuring out where that spread goes,” she said.

It also means getting community members to buy into the idea. Carson Valley, Carson City and Virginia City have some similar attractions, like historical downtowns and outdoor recreation, but they are distinct communities.

Bloomer said stakeholders will have to identity shared assets and create a “destination identity.”

“A cultural trail that connects those three communities, and communities along the way as well, places like Silver City that is in that corridor,” she said.

Bloomer said it’s too early to speculate what plans local groups will deliver.

“We don’t know exactly what is going to come out on the other side, but we know the focus here is on linking artists to the communities and to visitors through a cohesive branding and marketing effort that allows the Carson Valley and Carson City region to establish itself as a real destination, a must-see place for travelers, specifically those interested in immersing themselves in that cultural experience,” she said.

Program participants will be encouraged to work with each other, and learn from each other, in the planning stage.

“It’s a chance for these communities to really dream, to really throw out big ideas and just collaborate on what they want their destinations to look like,” added Tracie Barnthouse, public relations manager for Travel Nevada.

Other state agencies helping the 3D project include the Nevada Division of Outdoor Recreation, the Governor’s Office of Economic Development, the Nevada Arts Council, the Division of Museums and History, and the Nevada Indian Commission.