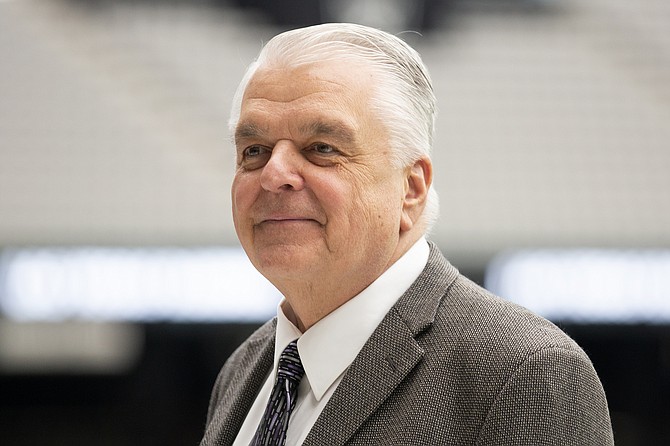 Former Nevada Gov. Steve Sisolak will join the University of Chicago's Institute of Politics as a Pritzker fellow, where he will lead seminars on leadership based on lessons learned as governor, the university announced Wednesday.

Sisolak, the first Democrat to hold the Nevada's governor mansion since 1999, lost a tight reelection campaign to Republican Joe Lombardo in November. He was the only Democratic incumbent governor nationwide to lose.

His seminars will focus on the challenges and opportunities he had while leading the state through the COVID-19 pandemic, addressing climate change and improving public education.

The Pritzker fellowship hosts an array of elected officials, journalists and diplomats each year for what organizations call “deep dives into the most pressing issues of the day.”

Sisolak's fellowship will run through the spring 2023.

He worked alongside a Democratic-controlled Legislature that passed universal mail-in ballots, criminal justice reforms in the wake of 2020 protests and increased mining taxes for education funding.

During the pandemic, Sisolak's administration ordered certain vaccine and mask mandates for state employees and a shutdown of businesses deemed “nonessential” in the early months of the pandemic, including most of the Las Vegas Strip. That became central to Republican attacks against him on the campaign trail.

Sisolak has defended his decisions, saying they helped to save lives.

Other 2023 Pritzker fellows include former U.S. Reps. Beto O'Rourke, who lost a bid for Texas governor, and Tim Ryan, who was unsuccessful in his bid for a U.S. Senate seat in Ohio.