Trina Machacek: The surprise of tuna 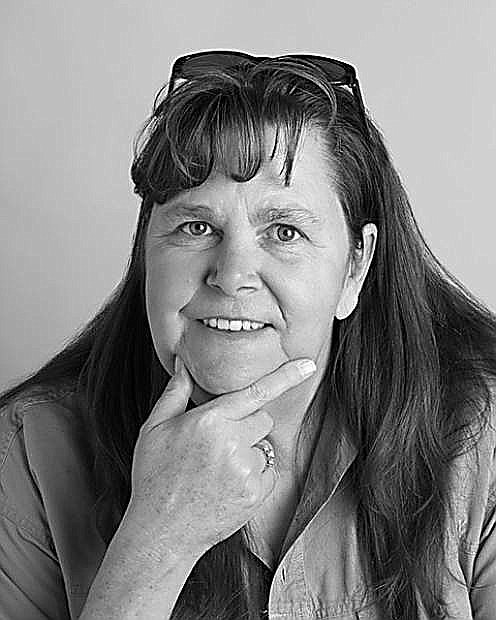 Most types of homemade sandwiches are pretty straight forward. When making a sandwich at home there isn’t too much you can do with say the lowly ham sandwich.

There’s the ham of course. The star of the show. Then the bread, mayonnaise and maybe cheese and throw on a leaf of lettuce. The lettuce is usually added only if you want to open that crisper drawer and, in my house anyway, take your chances of coming out with squishy things that should have been used several days ago. Yes, the ham sandwich is mostly ham and bread. But! Yes a sandwiched “but.” Oh, the tuna sandwich. Now with tuna the sky can be the limit.

I enjoy going to a sandwich shop. All the additives are lined up in stainless steel containers. Ready to pile my white chosen bread covered roast beef, usually a number 12, with lots of goodies. I have never ordered tuna at a sandwich shop. I admit I am in a roast beef rut because I don’t go very often, and I enjoy what I enjoy. Tuna is something I make at home. Oh yes, tuna. I am a home tuna sandwich creator. Why? Well, here’s my fishy story.

Over the years I have found not very many people in my circle really like tuna. Some because of the smell, some because of the taste and some because of memories of a hundred or more tuna surprise casseroles. I am that one in the crowd that likes tuna casserole. Might be just the crunchy cornflake topping that I liked most of all. OK sometimes it was crunched up potato chips. Ah the memories right?

The tuna sandwich has so many options available. First of which is to choose from the variety of tunas. Not sure if this is right as I am really only going from memory, but tuna was only offered soaked in oil when it was first canned. When the world started turning to more healthy eating water replaced oil to drench the canned tuna in. I must admit the water does let the tuna flavor shine a bit more than the slippery oil bath.

Oh, but then the canned goodness got even more la-de-dah. Tuna moved on up to the big time when albacore was singled out as the head of the household of tuna fish. So, let’s start there to make the ultimate tuna sandwich. Albacore in water. Of course, still in the can. The tip top would be from a meat counter and would involve some sort of sushi tuna. I have not as of yet gone there. I am still a tuna in the can gal.

With tuna in a bowl the real decisions are yet to come. Just imagine all the things in the refrigerator that have been used to make a tuna lunch. There are two ends of the spectrum of tuna. The purist who will eat tuna plain on crackers all the way to tuna gobblers that cannot add enough to tuna. The additives start with mayo or any variety of mayonnaise regular, low or no fat, olive oil added or an herb or spiced version or the sweetened/tangy kind. Then the debate of pickles. Sweet or dill, relished or just chopped or sliced. Onions, yea or nay. And if yea, green, yellow, white or for goodness sakes, purple. I’m not even going to get into the bread options for the lowly tuna sandwich.

I just read where “Dirt” the long-loved cat who lived some 15 plus years as the mascot for the Nevada Northern Railway Museum in Ely has passed away. I mention that because as a kitten Dirt was fed tuna directly from the can by the railroad crew. No fuss. No muss. No bells or train whistles put in Dirt’s tuna. We can learn a lot from that. Not trying to be more than we are. We are all flesh and bones and spirit. That’s what I see when I look at life. I enjoy life as just plain Trina, always have always will. I like to think Dirt taught just that to many people that in his life. To just be who we are and the tuna sandwiches of life will always be exactly what we want them to be. Hey! It worked for Dirt.

To read about Dirt please visit the museum’s Facebook.

Trina Machacek lives in Eureka. Her books are available wherever you buy books or email her at itybytrina@yahoo.com to buy signed copies.