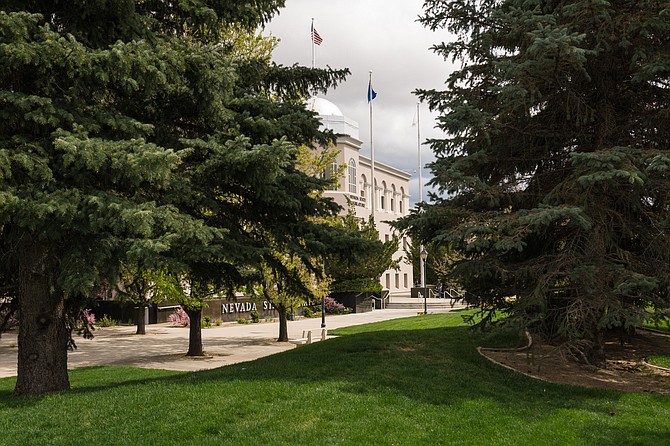 Law enforcement joined community organizations, including the ACLU, on Thursday to support legislation making it more difficult for police to get no-knock warrants that allow them to break into a residence without warning.

Lawmakers have introduced a resolution that would remove language allowing slavery or indentured servitude from the Nevada Constitution.

The Assembly Judiciary Committee was urged Thursday to double the amount of money going to domestic violence programs statewide.

Just two weeks after the Legislature building reopened to the public, officials there reported the building’s first COVID case Wednesday.

Nevada lawmakers plow through 100s of bills before deadline

Nevada lawmakers on Tuesday passed dozens of bills through the Senate and Assembly and diverted several others to a key committee to ensure their priority proposals survived past a crucial deadline.

The Nevada Senate on Friday approved legislation expanding where the state can place blind vendors. And blind vendors have first right of refusal on vending facilities in those public buildings.

The Assembly Judiciary Committee voted Friday to back creation of a diversion program for defendants convicted of misdemeanor domestic battery.

Bill allows schools to get drugs that reverse opioid overdoses

The Assembly Committee on Health and Human Services on Monday voted for a bill to enable schools to get drugs to counter the effects of an opioid overdose.

Saying childcare is critical to getting Nevadans back to work, lawmakers on Thursday approved $92.7 million to support childcare providers across the state.

The legislative money committees Tuesday began the process of closing the budgets that fund the operation of state government.

Nevada lawmakers on Monday introduced a flurry of proposals covering topics ranging from energy to immigration in a rush toward the first bill deadline of the 2021 legislative session.