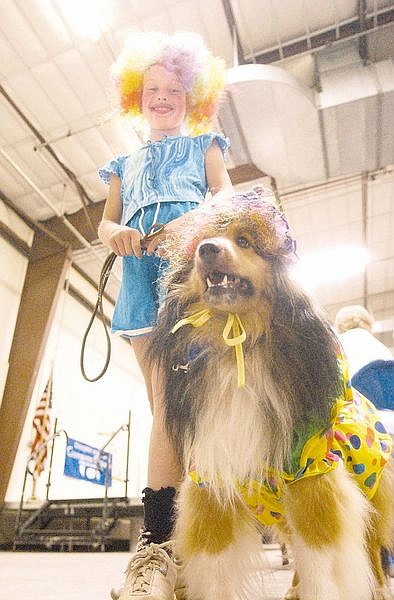 Jacki Dunt, 9, and her dog, Laddy, came to the Pets and Projects Parade as clowns. Photo by Brian Corley