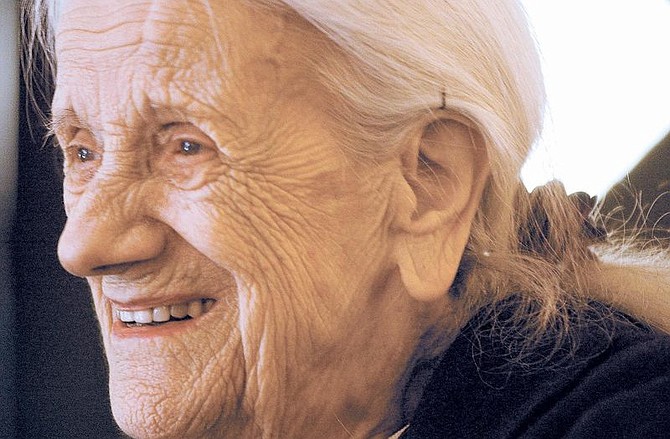 Centanarian Edith Daniel smiles during her 100th birthday at her home in Carson City Tuesday morning. She said to her birthday guests, &quot;I wish I could be around for your 100th birthday parties&quot;. photo by Rick Gunn