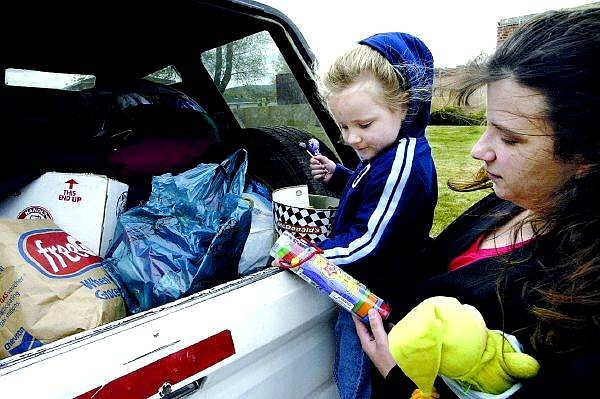 Cathleen Allison/Nevada Appeal Fire victims Lori Robert and her daughter, Morgan, 3, sort through a pile of donated items outside the Carson City Sheriff&#039;s Office on Monday morning. The family lost everything in a mobile home fire on Thursday morning.