Protecting yourself against identity theft 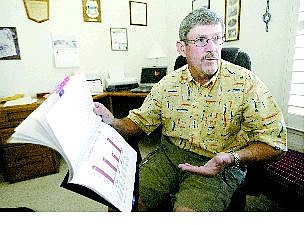 Cathleen Allison/Nevada Appeal Richard Toule and his business partner have created a Web-based business that helps people protect themselves from identity theft.