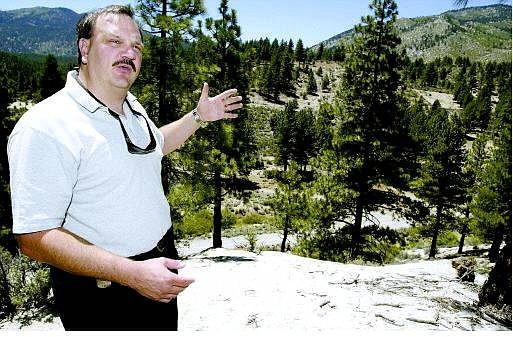 Belinda Grant/Nevada Appeal Carson City Fire Marshall Stacey Giomi talks about fire breaks on the hill behind him at the Arnold property on Clear Creek Road. The top of the hill has been cleared, while the middle still needs to be cleared for defensible space.