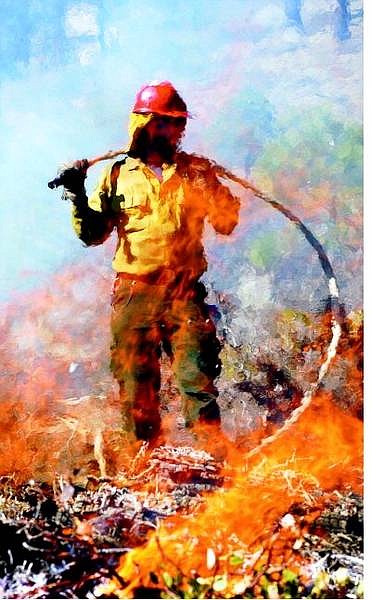 Rick Gunn/Nevada Appeal A U.S. Forest Service firefighter holds a hose near one of the slash piles in a controlled burn west of the Lakeview Hills neighborhood Tuesday. The USFS is eliminating bitterbrush and Manzanita in a 25-acre area near the neighborhood in hopes of preventing catastrophic crown fires.