Ormsby progress slow to some, but ongoing 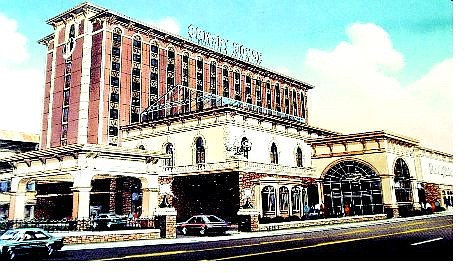 Artwork provided by Metcalf Builders Inc. The Ormsby House, shown here in this artist&#039;s rendering, will have 167 rooms, a casino and several restaurants. Minor changes have been made since this artwork was done. Co-owner Allan Fiegehen said the low-rise will be a darker shade.