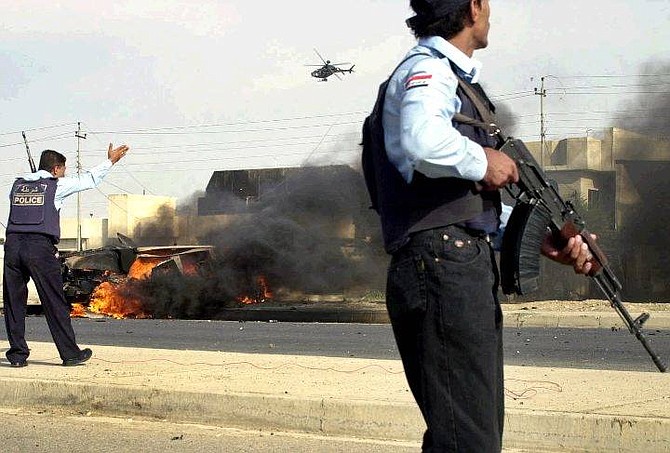 Iraqi police stand near a burning US military vehicle after it came under attack in the center of Mosul, north of Baghdad, Iraq, Wednesday, Oct 13, 2004. (AP Photo/Mohammed Ibrahim)