A canopy of darkness surrounds universe 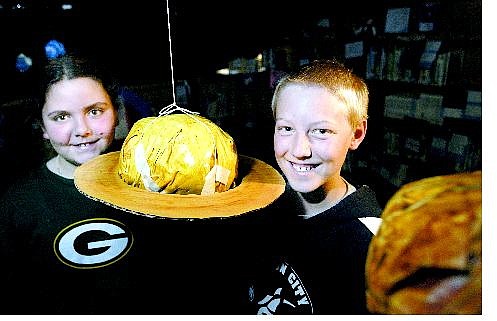 Cathleen Allison/Nevada Appeal Bordewich-Bray Elementary School fifth-graders Siara Hassey and Jace Carlson, both 11, stand in the solar system they helped create out of papier-m&#226;ch&#233; and duct tape. Fifth-graders are using the display in the school library to teach younger students about the planets.