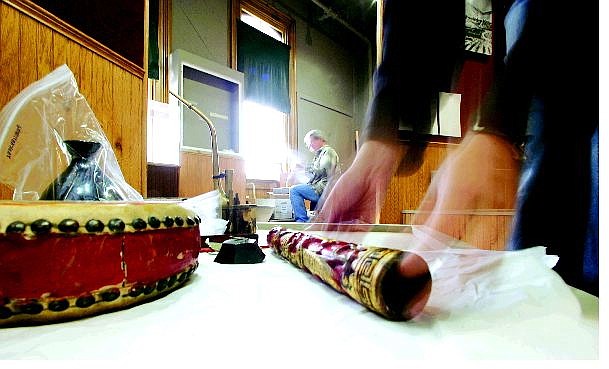 Jessica Escobar, above, exhibit curator for the Chinese Exhibit at the Fourth Ward School in Virginia City, places artifacts on a table while setting up the exhibit with museum consultant Doug Southerland (in background) on Thursday morning. At left, Southerland works on the exhibit. Southerland worked for 27 years as the director of exhibits at the Nevada State Museum before becoming a museum consultant. Brad Horn/Nevada Appeal