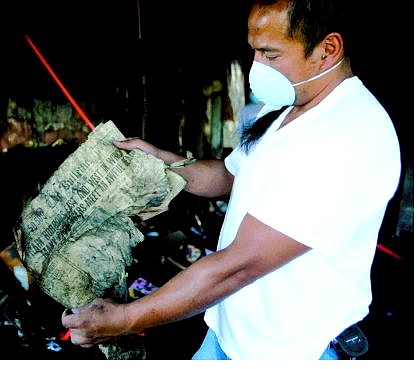 Lester John Koos, owner of a home that burned down Tuesday, shows an old newspaper that was found in the attic of the home on Wednesday as he and other family members were sifting through the remains. Shannon Litz Appeal News Service