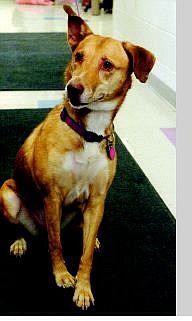 Emma Garrard/Nevada Appeal News Service Savannah, who was evacuated to Incline Village after Hurricane Katrina, returned home to Louisiana on Friday, after her owners identified her online.