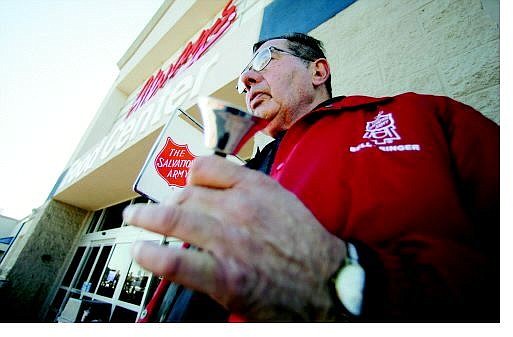 BRAD HORN/Nevada Appeal Glenn Phillips rings the Salvation Army Bell for his second year in front of the Wal-Mart Supercenter at Topsy Lane on Tuesday.