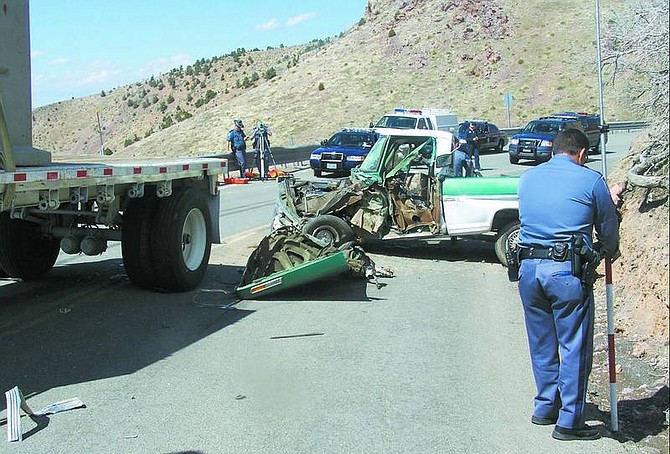 Photo courtesy Nevada Highway Patrol Nevada Highway Patrol troopers investigate a head-on collision between a truck and a semi Thursday afternoon on Geiger Grade near the lookout. Three people were taken to the hospital and the highway was closed for more than three hours. Alcohol and speed are believed to have contributed to the accident.