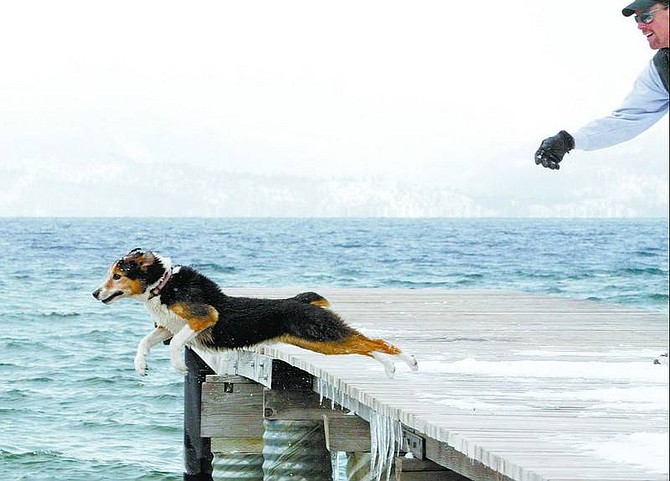 Jim Grant/Nevada Appeal News Service Stateline resident Dan Dutil has Snapple, a competitor in Splash Dog competitions, retrieve a dog toy that he threw into the lake earlier this week.