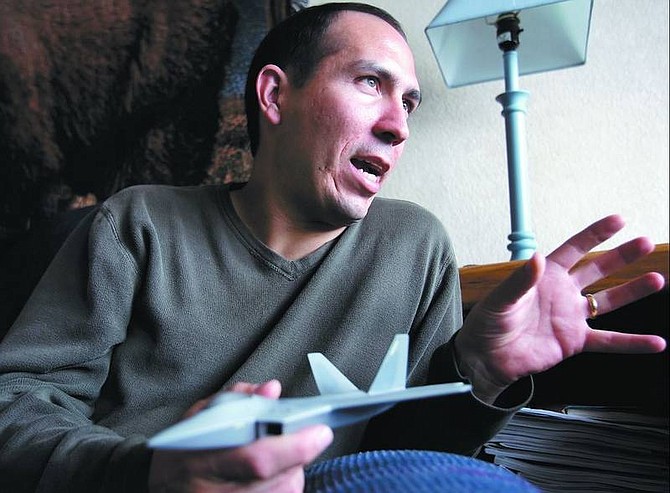 Chad Lundquist/Nevada Appeal Maj. Orlando Sanchez Jr. talks about the F/A-22 Raptor while visiting his parents in Carson City on March 27. Sanchez was the division commander in charge of testing the new jet, designed around the idea of battlefield dominance, which went into service in January.