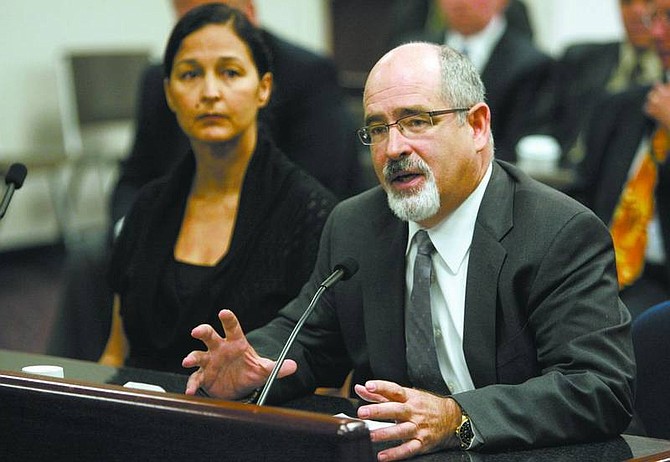 Cathleen Allison/Nevada Appeal Lobbyist Bill Bradley testifies before the Senate Judiciary Committee on Wednesday at the Legislature. Bradley, and Dr. Florence Jameson, left, urged lawmakers to support a bill that would protect doctors who volunteer to help pregnant women during the birth of a child. The committee also considered a bill Wednesday that would impose time limits before DUI offenders can be released from jail.