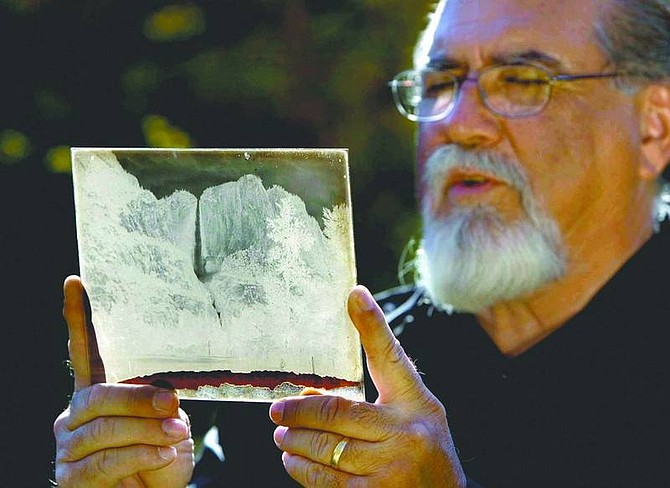 Robert Durell/Los Angeles Times Rick Norsigian holds one of the glass negatives he insists were made by Ansel Adams.