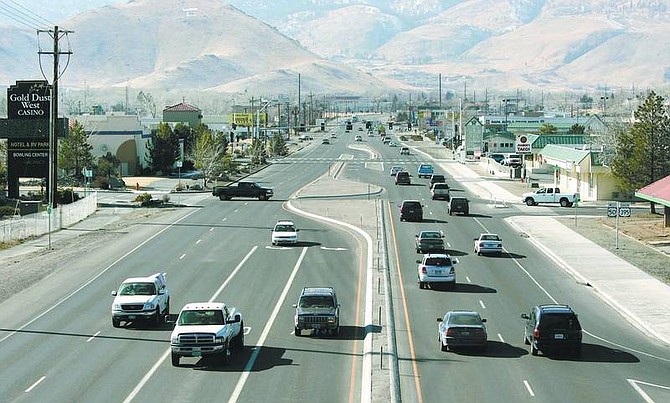 Cathleen Allison/Nevada Appeal City officials hope to acquire state land at the intersection of Russell Way and Highway 50 East, seen above, to encourage commercial growth in the area.