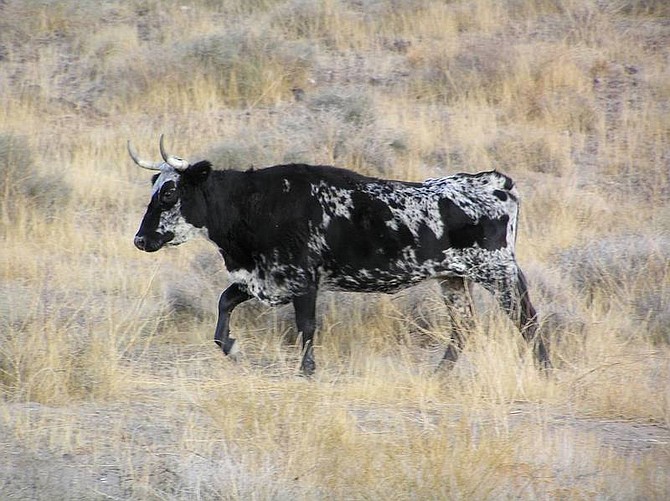 Chip Carroon/Special to the Appeal A free-ranging bull is seen in the back yard of a Cheyenne Trail home in Stagecoach on Oct. 11. Residents are plagued by cattle eating landscaping and tearing into barns to get to alfalfa.