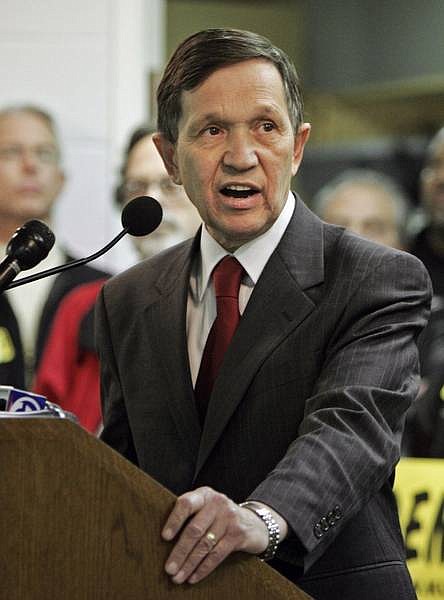 Mark Duncan/Associated Press U.S. Rep. Dennis Kucinich announces he will seek re-election to Congress at the Laborers International Union hall in Cleveland in this Jan. 9 file photo. Kucinich plans to announce today, Friday, he will abandon his campaign for the Democratic Presidential nomination to concentrate on his 10th Ohio Congressional run.