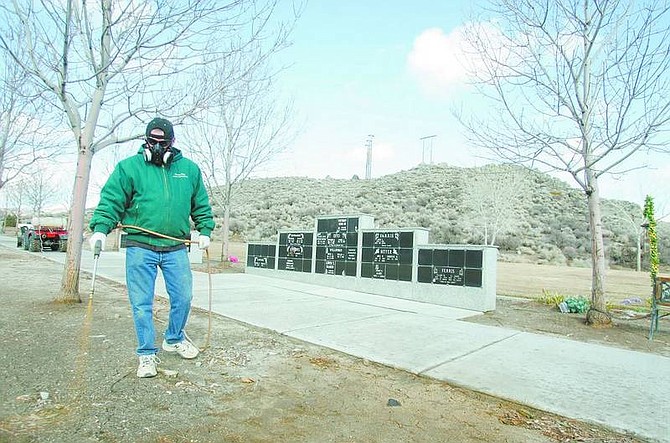 BRAD HORN/Nevada Appeal Sexton Dave Stultz sprays an anti-seeding chemical on the grounds of the Lone Mountain Cemetery on Wednesday. Schultz plans on retiring in July.