'Street Vibrations' set to roll into Carson this weekend 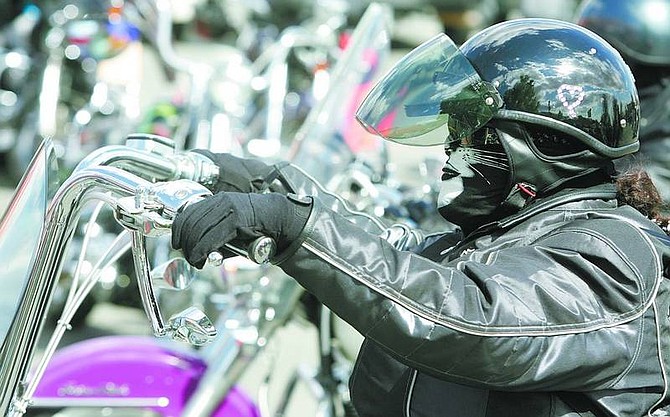 BRAD HORN/Nevada Appeal Elvia Moreno, of Santa Cruz, Calif., waits for her group of riders to depart the Harley-Davidson dealership in Carson City on Thursday.