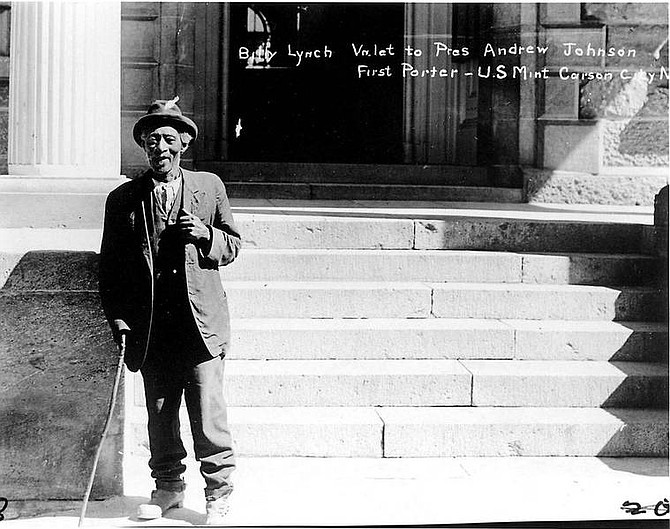 Photo courtesy of Nevada Historical Society Billie Lynch stands in front of the Arlington Hotel. The Arlington was right across the street from the U.S. Mint in Carson City.