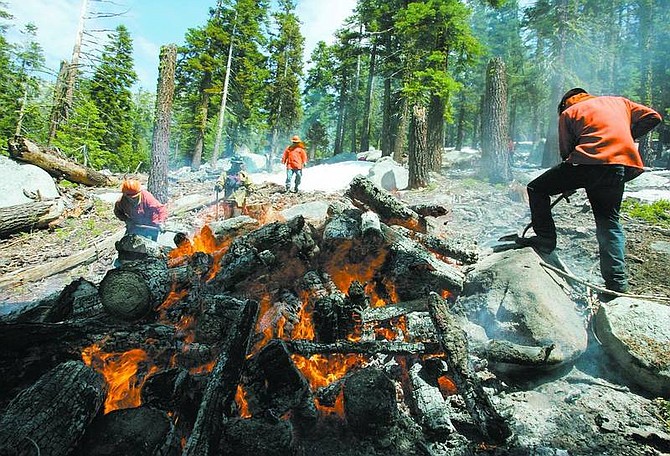 BRAD HORN/Nevada Appeal A Nevada Division of Forestry inmate crew from the Stewart Camp works to control the perimeter of a burn pile near Spooner Summit on Thursday. Federal, state and local officials gave Gov. Jim Gibbons a primer on Nevada&#039;s upcoming fire season, which they said could prove to be aggressive once again.