'For the love of bull riding' 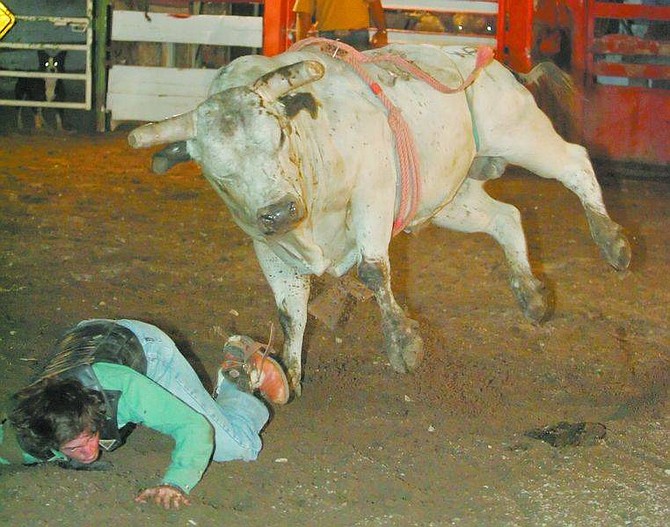 BRAD HORN/Nevada AppealMike O&#039;Farrell, 19, of Reno, gets thrown from a bull at Triple J Bull Riding in Washoe Valley on Friday. The company will produce a bull and bronc riding event as part of Dayton Valley Days on Saturday.