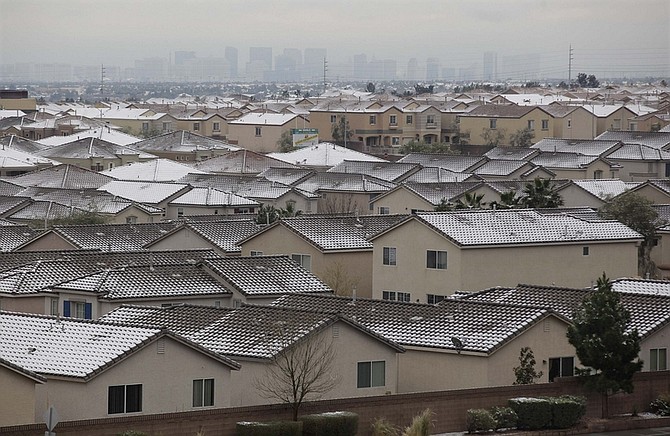 A thin layer of snow sits on rooftops west of The Strip, Monday, Jan. 3, 2011 in Las Vegas, Nev. Between one and two inches of snow fell on the west side of town. (AP Photo/Julie Jacobson)