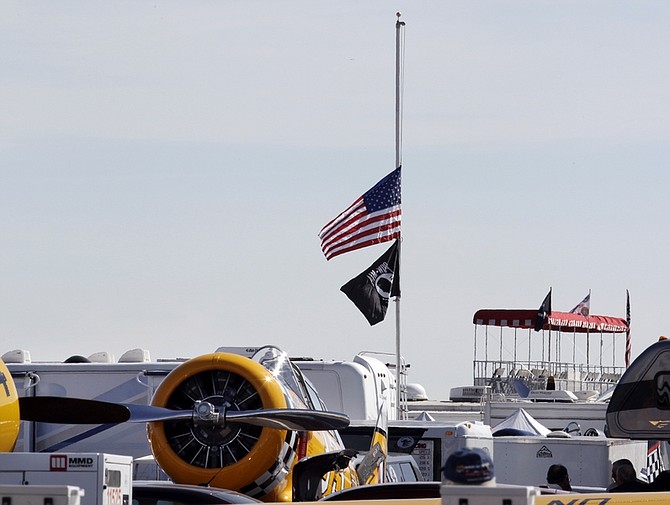 American flag and the POW flag fly at half-staff as a grandstand is shown in background and a plane rests in the foreground at the Reno Air Races in Reno, Nev., Saturday, Sept. 17, 2011. The Reno Air Races were canceled after a fatal plane crash on Friday. (AP Photo/Paul Sakuma)