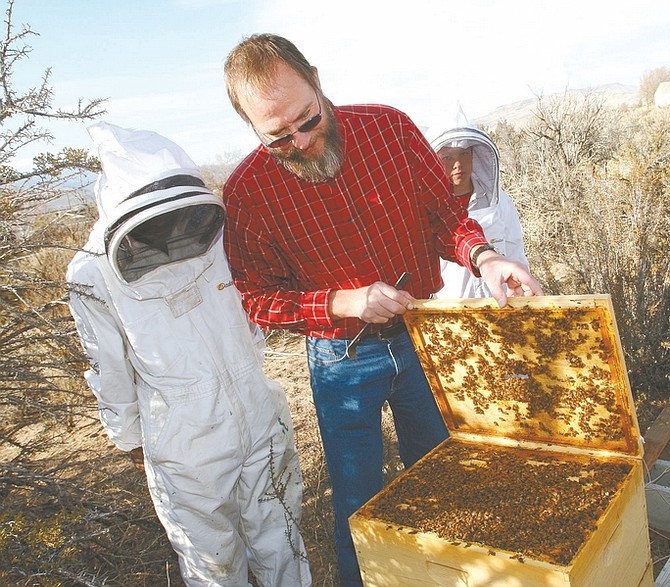 Jim Grant/Nevada AppealCarson City resident and beekeeper James Ellis inspects a dormant colony of bees last week in southeast Carson City while his sons Bill, left, and Tyler look on. Both boys are learning the beekeeping business from their father.