Wisdom Circle: Young and old come together in gratitude 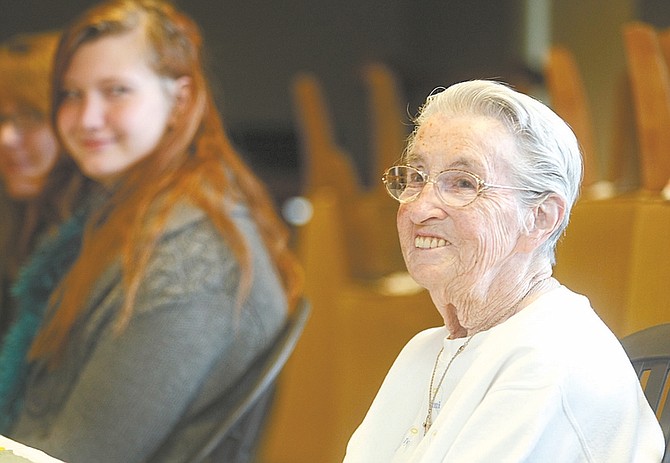 Photos by Shannon Litz / Nevada AppealTiny Perondi talks about her favorite part of Thanksgiving on Thursday afternoon at The Lodge, an assisted-care facility, where residents meet twice monthly with teens from the Boys &#038; Girls Clubs of Western Nevada to form the Wisdom Circle.