Season gets a well lit start 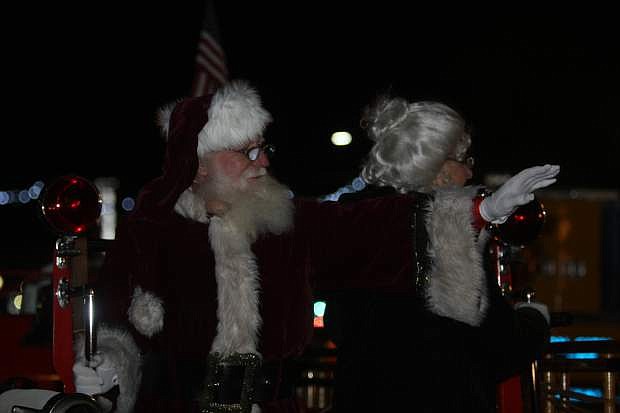 Santa and Mrs. Claus wave to visitors from the 1927 Seagrave fire engine from Warren Engine Co. during the annual Silver &amp; Snowflakes Festival of Lights on Friday.