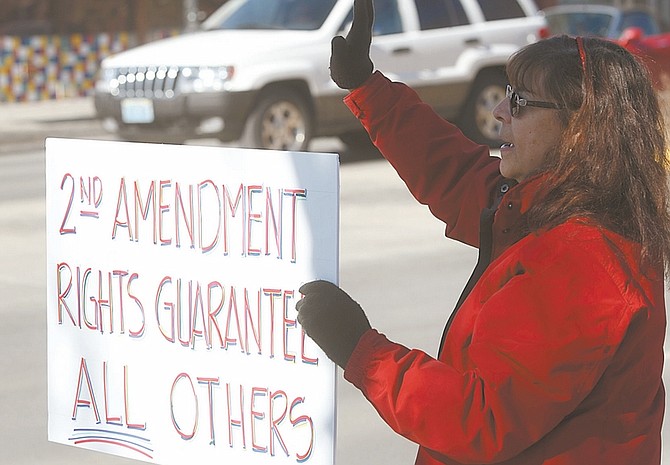 Photos by Shannon Litz / Nevada AppealLinda Foster of Gardnerville waves to cars in front of the Legislature. Foster took part in the &#038;#8220;Guns Across America&#038;#8221; rally in support of Second Amendment rights.