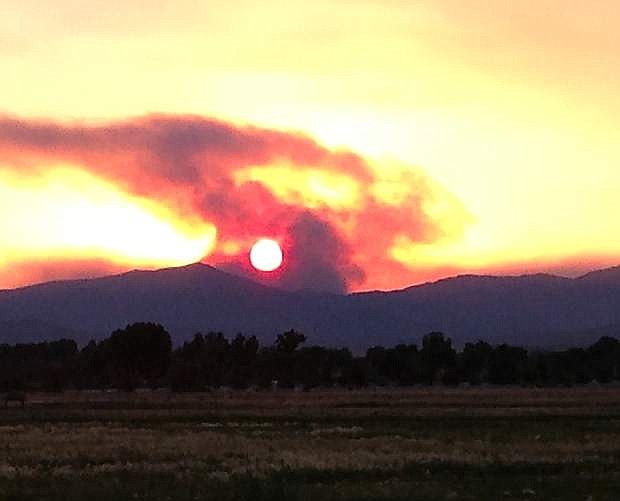 Fresno, Calif., resident Shelly Lether took this photo of the sun rising through the smoke of the Bison fire on Monday.