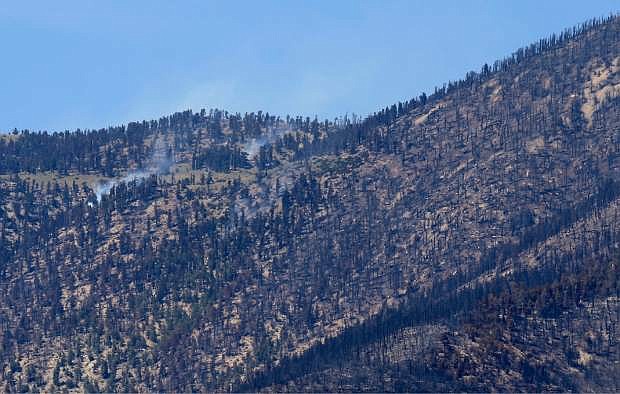 Small fires smolder on the south side of Mt. Charleston at Trout Canyon, Tuesday, July 16, 2013, near Pahrump, Nev. A sweeping wildfire that threatened mountain homes near Las Vegas was 80 percent contained, while crews prepared Tuesday to allow a final wave of residents back to neighborhoods evacuated 11 days ago. (AP Photo/Julie Jacobson)