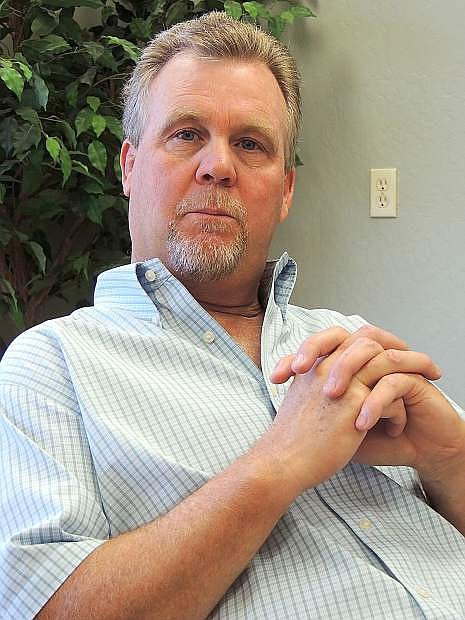 Mark Beauchamp, a principal at Shaheen Beauchamp Builders LLC, talks about the construction industry on Tuesday.