Barkley pulls out of ACC with shoulder injury 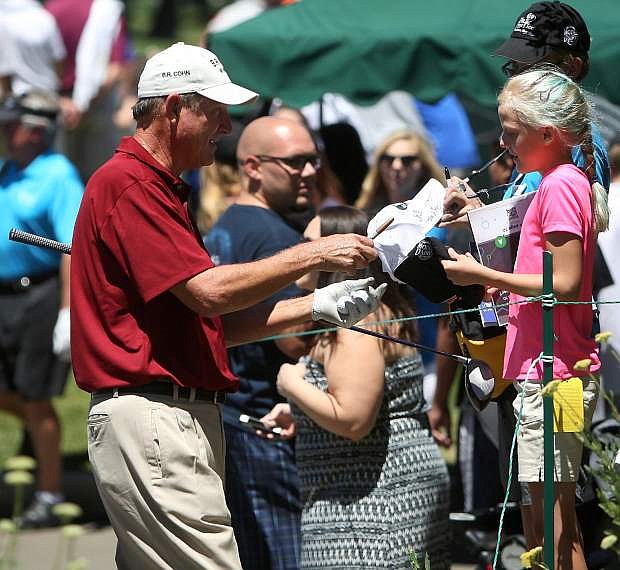 Eight-time champion and former MLB pitcher Rick Rhoden makes a young fan&#039;s day before teeing off for a practice round Wednesday at Edgewood Tahoe Golf Course.