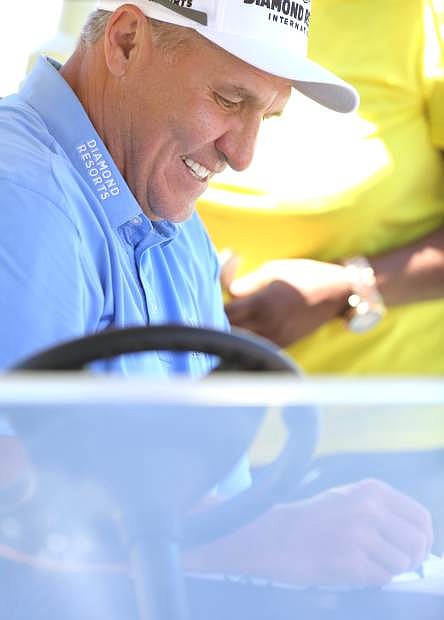 Mark Rypien a 2-time winner of the American Century Championship signs an autograph at Edgewood on Tuesday.