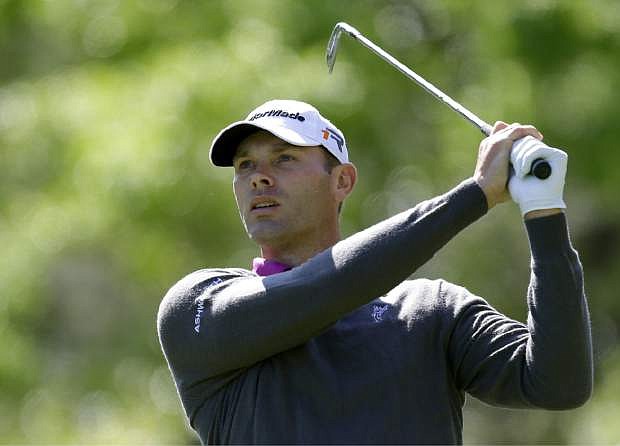 Shawn Stefani tees off on the 15th hole during the first round of the Tampa Bay Championship golf tournament on Thursday, March 14, 2013, in Palm Harbor, Fla. (AP Photo/Chris O&#039;Meara)