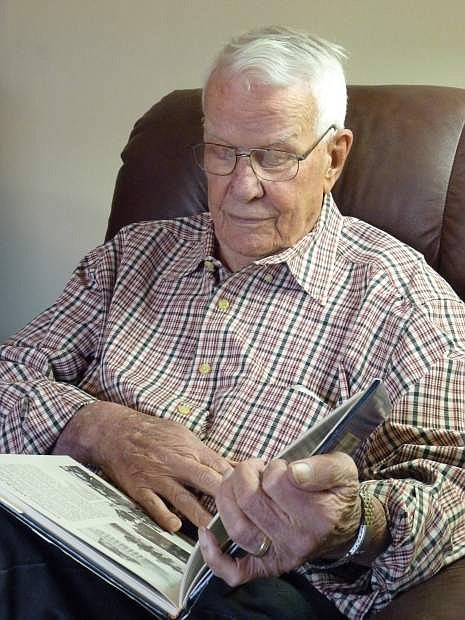 Hale and Kay Bennett stand at the fence behind their home overlooking the Silver Springs Airport on March 7. The couple decided to rebuild the airport after discovering a World War II-era landing strip where Hale Bennett had landed a B-29 bomber during a training mission after the war.