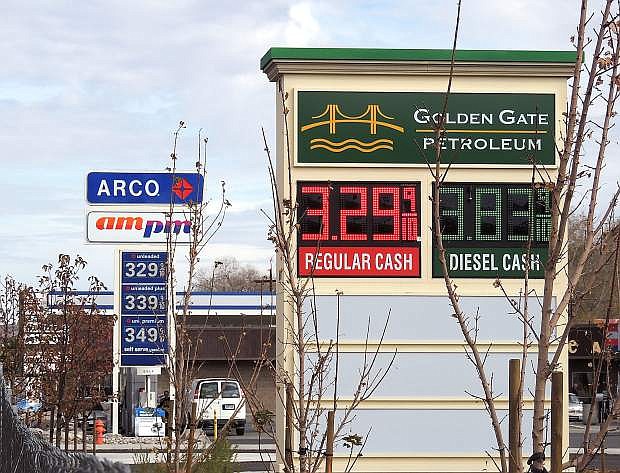 Gasoline prices at several Carson City gas stations this week dipped below $3.30 a gallon for unleaded regular, joining a national trend of moderation in fuel costs for motorists.