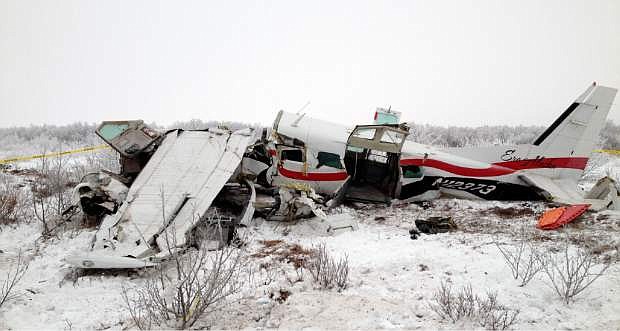 This image provided Saturday Nov. 30, 2013, courtesy of Alaska State Troopers shows the wreckage of a plane that crashed Friday near St. Marys, Alaska. Authorities said the pilot and three passengers died in this crash of the single-engine turboprop Cessna 208. Few other details, including the possible cause of the crash, are known. (AP Photo/Alaska State Troopers()