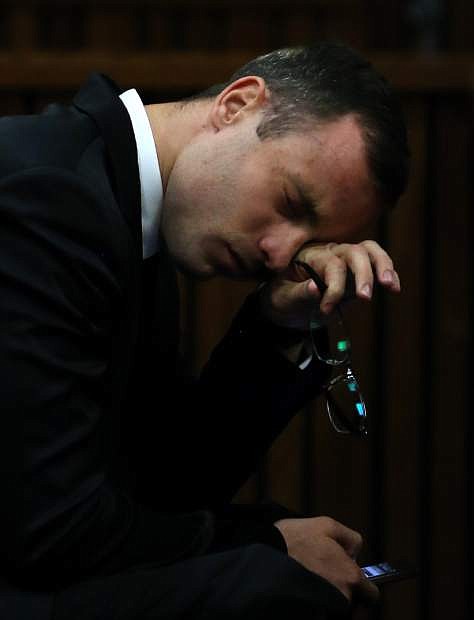 Oscar Pistorius gestures as he listens to evidence by a pathologist in court in Pretoria, South Africa, Monday, April 7, 2014. Pistorius is charged with murder for the shooting death of his girlfriend Reeva Steenkamp, on Valentines Day 2013. (AP Photo/Themba Hadebe, Pool)