Why Fallon is Nevada’s hidden gem for wine and spirits 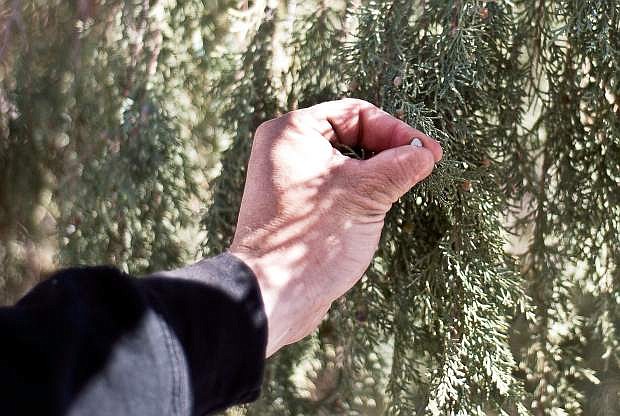 Colby Frey drives up to his 10-year-old juniper trees and shows the size of the berries. These juniper berries will help create the first gin made at Churchill Vineyards.